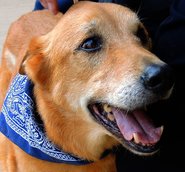 
Cody is an 11-year-old shepherd mix who loves to have his tummy rubbed and his ears scratched. Over the years, Elaine Schindel, a nurse in the radiology department at The University of Kansas Hospital, and her family have grown attached to the golden-haired stray they rescued off the streets. Elaine and Cody share a special bond well beyond the dog being her family's beloved pet - both are cancer survivors. Coincidentally, each had their cancer knocked out by different combinations of the same cancer-fighting drug - cisplatin. 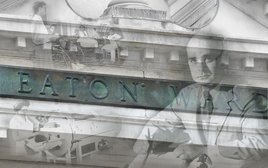 The path to desegregation: How polio, iron lungs and a young dean changed history

Every day, hundreds walk by the non-descript entryways to the Eaton Building on the University of Kansas Medical Center campus. Doctors, nurses, faculty and students pass by fully unaware of the important secrets that the 77-year-old structure keeps regarding the history of desegregation at the medical center. But if the walls could talk, what a story the Eaton Building could tell about a time when a young medical school dean, Jim Crow segregation and the dreaded polio outbreak of the 1950s came together to change the way doctors and patients of all races would interact in the future. 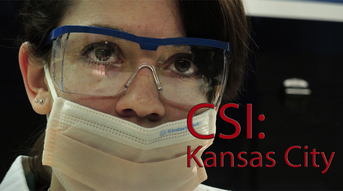 Fans of the television program CSI: Crime Scene Investigation tune in every week to get their fill of crime labs stocked with exotic high-tech equipment projecting holographic images of America's most wanted while super sleuths catch bad guys in less than an hour. In Kansas City, real life crime scene investigations play out every day on a very different stage. The Kansas City Crime Lab is housed in a modest brick and glass building on Troost Avenue. No lights, no camera, but plenty of action. 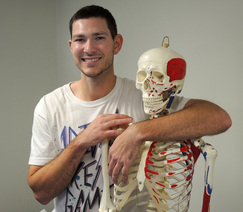 Tyrel Reed: Basketball in his blood but physical therapy school on his mind

Whether it's age or injury or simply being overrun by the responsibilities that inevitably overtake all our lives, every athlete faces a day when the game they grew up loving simply doesn't need them anymore.

For Tyrel Reed, that day came after one of the most storied basketball careers of any schoolboy in the history of Kansas. A track and basketball star in high school, Reed went on to play basketball at the University of Kansas where he was part of the 2008 national championship team and wound up being the winningest player in Jayhawk history. That was followed by a brief career as a professional basketball player in Europe. 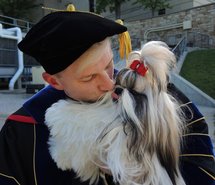 If it seems like Troy Clifford Dargin can't sit still - he can't. Never one to let life pass him by, the 38-year-old from Neola, Iowa, culminated his University of Kansas career in May after eight years on campus, receiving not one, not two, but three graduate-level degrees. Dargin's version of May Madness included a Master of Business Administration, a Master of Arts in political science and a doctorate in speech pathology. 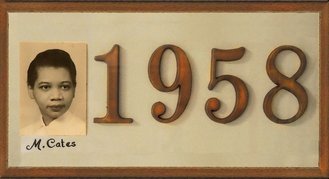 Amidst the sea of racial tension that swirled about the country during the Civil Rights Era, a ripple began on the University of Kansas Medical Center campus, the consequences of which rose into a wave of social change whose effects are still washing over the practice of medicine today. In 1958, the late Marjorie Cates became the first black woman to graduate from the University of Kansas School of Medicine. Some 60 years later she was honored by the university. 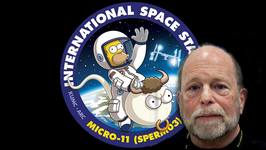 ﻿﻿If mankind is to venture into deep space one day, the road to such an ambitious mission might just begin right here at the University of Kansas Medical Center in the laboratory of Joseph S. Tash, Ph.D., emeritus professor in the Department of Molecular and Integrative Physiology in the School of Medicine.
Poison-tipped arrows may hold secret to new form of male birth control

In springtime, many a young man's fancy will naturally turn to thoughts of love, contraception and, well ... poison-tipped arrows? For years, women have taken on much of the responsibility when it comes to avoiding unintended pregnancies, but that may all be changing thanks to a new form of male contraception being formulated at the University of Kansas Medical Center that features a variation of an ancient poison used by African hunters and warriors on the tips of their arrows.
Quinter’s Michael Machen named 2018 Kansas Family Physician of the Year

Michael Machen laughs easily when he talks about what all it means to be a doctor in a small rural town in Northwest Kansas. For more than three decades he's been one of the primary health care providers for the 900 or so people in the farming community of Quinter and many others living in adjoining counties on the High Plains, where trees are sparse and the wind is your constant companion. 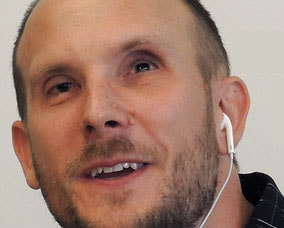 For Tim Hornik, a doctoral student in the therapeutic science program in the Department of Occupational Therapy Education, the events of Veterans Day 10 years ago dramatically changed his life. Hornik's Army unit was about to end its patrol for the day on the streets between Baghdad International Airport and the International Zone, when it was called to provide security support to the Iraqi National Guard as it infiltrated a mosque. Its job was to lock down the outer perimeter. The Humvee and Bradley Fighting Vehicles in Hornik's unit were sent out, and shortly after their arrival, a sniper shot a soldier who was on foot, and a Bradley team evacuated the man to a combat support hospital. 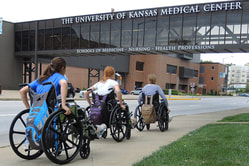 The tables are turned on occupational therapy students at the University of Kansas Medical Center when they give up their running shoes and sandals for seats in wheelchairs and a chance to see what life is like for their patients with physical disabilities. 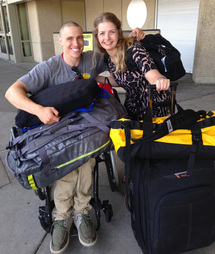 You know it's never going to end well when a blog post begins, "our luggage apparently never left Chicago," but the consequences are magnified tremendously when you realize the author of the post relies on a state-of-the-art wheelchair for transportation, and his $5,000 custom ride had gone missing somewhere between the United States and India.

Most people around the University of Kansas Medical Center know Joel Strain as the affable occupational therapy student who rolls around campus in his wheelchair, engaging his classmates with his generous smile and popping the occasional wheelie for good measure. This summer, he and fellow occupational therapy student Jenna Schulte traveled to Christian Medical College in Vellore, India, as part of the Robinson Scholars Program.
School of Medicine students spring into action after man suffers heart attack at Kansas City’s Big 12 Run

Dave Houchin calls them his angels, but the three University of Kansas School of Medicine students who saved his life at a local road race last year say they were just doing what any of their classmates would have done in the same situation. With the help of a local doctor, Sebastian Schoneich, Kelly Lembke and Dakota Bunch kept chest  compressions going until emergency medical technicians arrived and transported Houchin to the hospital. It wasn't until days later that Houchin learned the identities of his Good Samaritans. 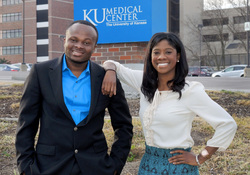 While many sought out warmer climes for spring break, a pair of students from the University of Kansas Medical Center traveled to the Arizona desert, not to escape the icy grip of Old Man Winter, but to further their mission of bringing electronic health records to Africa. 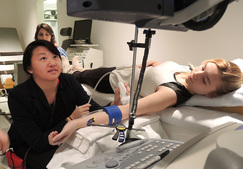 A smile of accomplishment breaks across the face of Pa Lee as she rolls an ultrasound probe across the arm of fellow student Jazminn Glavin. The grin quickly replaces the pensive look that was painted across the F.L. Schlagle senior's face just moments earlier when she intently watched lab assistant Jack Tilton demonstrate how to use the device. A computer monitor shows Pa has wasted little time doing what she had set out to do - find an artery. Soon she is monitoring the flow of blood with the confidence of a seasoned pro as it circulates through Jazminn's arm as she lies on an adjacent platform in the Georgia Holland Research in Exercise and Cardiovascular Health Laboratory (REACH Lab) at the University of Kansas Medical Center. 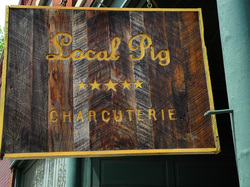