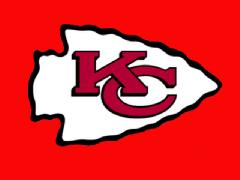 The Chiefs also announced on Monday that linebacker Justin Houston had earned the Mack Lee Hill Award, which is given each year to the rookie or first-year player who best exemplifies the spirit of the late Mack Lee Hill.

The honors were voted on by Chiefs players, and the awards will be presented at the 42nd Annual 101 Banquet on March 3 in Kansas City.

Johnson, a seventh-year veteran, established a Chiefs' single-season record with 179 tackles and was named to his first Pro Bowl. He is the first Kansas City linebacker named to the Pro Bowl since Thomas earned the honor after the 1997 season.

Houston played in all 16 games for Kansas City and recorded 70 tackles and 5 and a half sacks. He also had 12 tackles for loss, a fumble recovery and 12 quarterback pressures. His sack total tied him for fifth among Chiefs rookies.