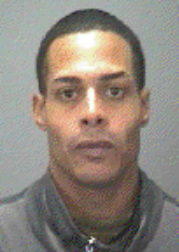 _ THOMASVILLE, N.C. -- Two felony warrants were served on a Thomasville man whom police accuse of kidnapping and raping a teenage girl that he met while misrepresenting himself on Facebook.

Kaiffe Gary Aponte, 43, of 11 Cates Ave., who was in the Davidson County Jail on related charges, was served with felony warrants on Wednesday for first-degree kidnapping and second-degree rape, police said. Aponte was in custody on charges of contributing to the delinquency of a minor.

Police said a 16-year-old girl told them that she met Aponte, who was using an alias, on Facebook. She told officers she thought he was a 19 year old.

Thomasville police were called on Jan. 22 by High Point police who said the victim was at High Point Regional Hospital and she told officers she had been sexually assaulted at Aponte's Thomasville residence.

Thomasville police were able to find out Aponte's true identity, and he was placed in the Davidson County Jail on Jan. 22. Aponte's court date is set for Feb. 29 in Thomasville. He is being held on a $100,000 bond.